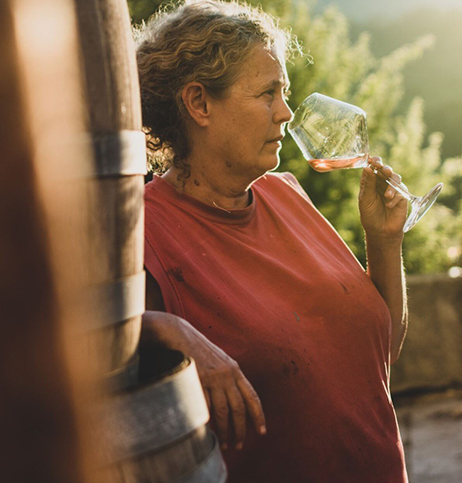 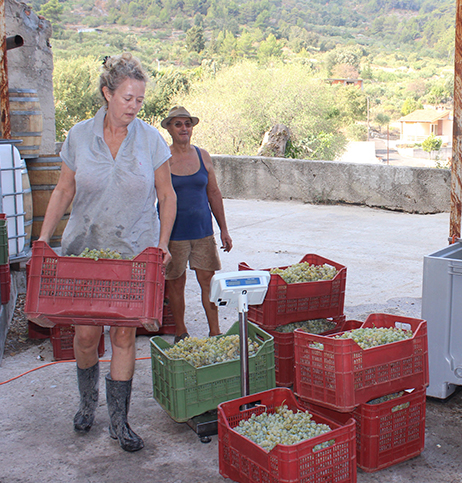 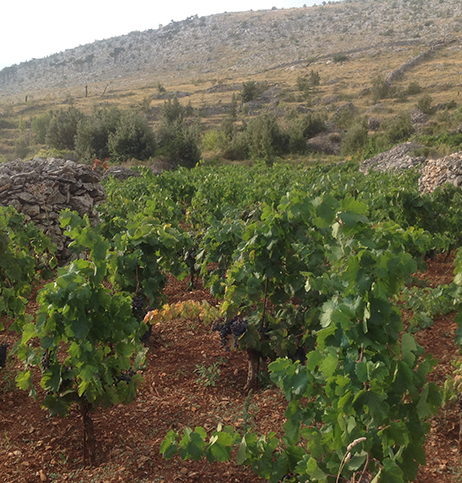 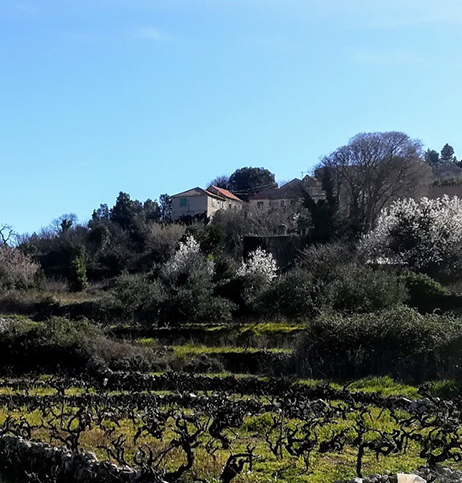 English-born Jo Ahearne MW has been making wine on the Dalmatian island of Hvar in Croatia since 2014. In 1998, she completed her oenology degree in Australia and worked a vintage at Charles Melton in the Barossa. After some years spent consulting across Australia and Europe, Jo decided to make her own wine in Croatia. She saw huge potential in Hvar’s top vineyard sites and moved there full-time in 2016. Jo describes the island as one of the most beautiful places on earth, with a wealth of old vines, indigenous varieties and fantastic soils. Croatia has 130 indigenous grape varieties and Hvar itself has a number of varieties which only grow on the island. Jo shines a light on Hvar’s potential by using these unique local grape varieties, sourced from local growers, and employing low-intervention winemaking.

The 'Rosina' rosé is produced from a rare grape variety called Darnekuša grown in the highest vineyard in Hvar at 500 metres elevation. Darnekuša typically displays spice and pronounced acidity and is well structured, resulting in a more serious style of rosé. The wine spends eight months on the lees, giving texture and structure to the finished wine which is expressive with delicate floral aromas, a mineral backbone and a distinct fresh rhubarb character. The ‘Wild Skins’ is a blend of three white grape varieties sourced from the north side of the island: Bogdanuša, Kuć and Pošip. The first two of these varieties can be quite neutral, so Jo decided to experiment with extended skin maceration (up to 340 days) to produce a deeper, more complex character in the finished wine. Each variety is fermented separately and kept on its lees for eight months with regular bâtonnage before blending. A small amount of wine from the 2016 vintage, which was kept on lees for 21 months, completes the final blend. The ‘Wild Skins’ has layered flavours of quince, honey and rosemary with an enticing phenolic tension on the palate balanced by fresh, lingering acidity. The ‘South Side’ Plavac Mali is sourced from two steep, south-west-facing, limestone parcels on the southern coast of Hvar. Gentle hand-plunging is employed to ensure careful tannin extraction. The wine spends 18 months in one-year-old French oak barriques to add complexity but not overpower the characteristic floral notes of Plavac Mali. ‘South Side’ has delicate notes of wild herbs and bright, plush black fruit knitted together with fine-grained tannins and a hint of liquorice on the finish.