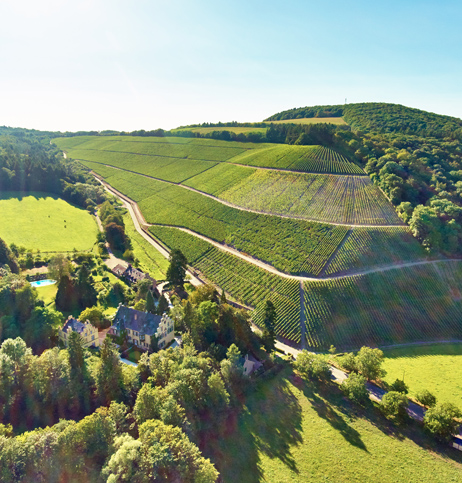 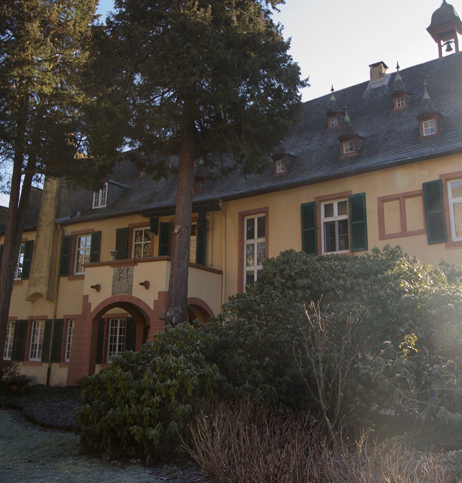 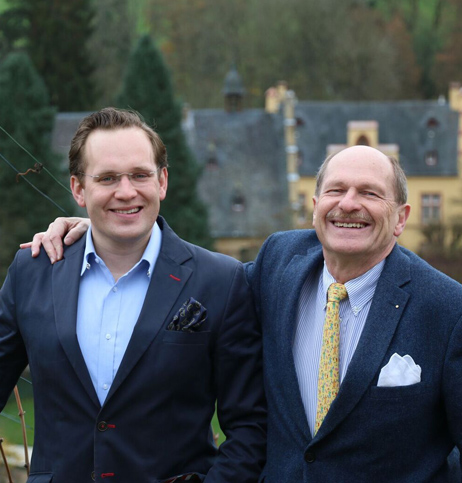 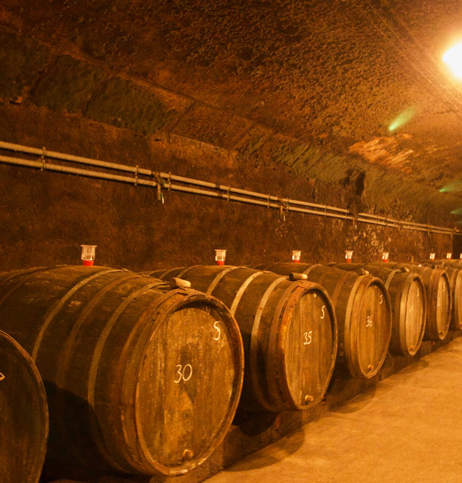 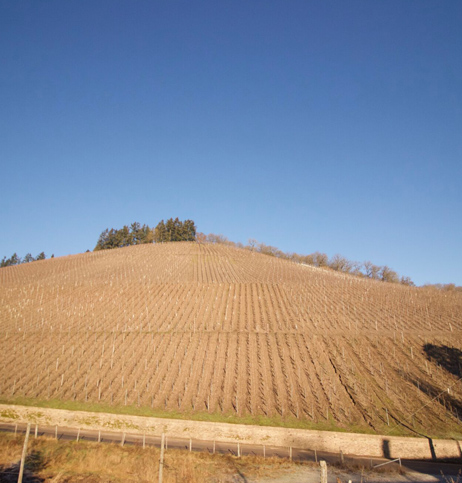 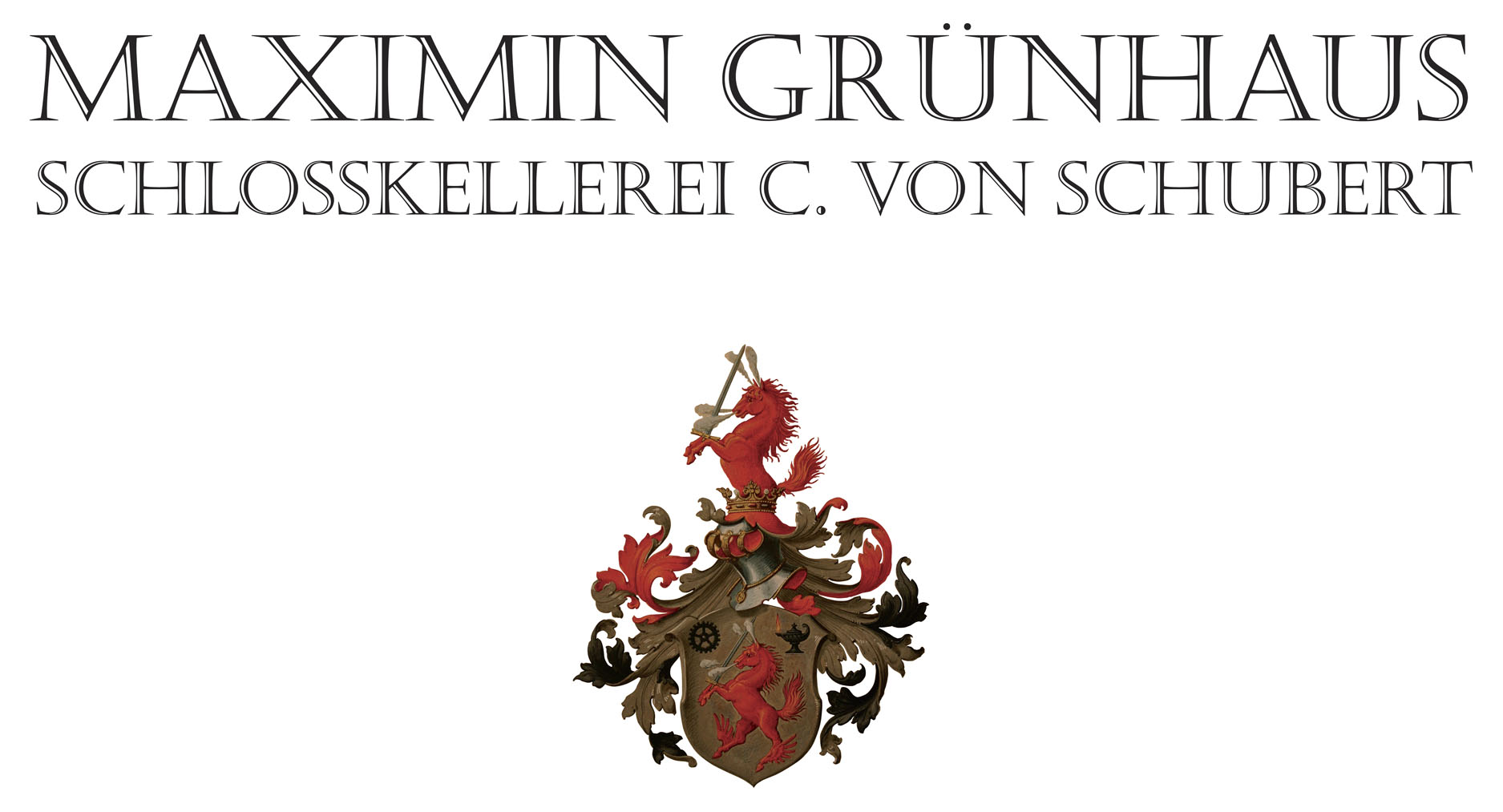 Located on steep, south-facing slopes two kilometres from where the river Ruwer meets the Mosel, the estate of Maximin Grünhaus has a history of viticulture that dates back to Roman times. It takes its name from the Abbey of Saint Maximin, a Benedictine monastery which owned the land from the 7th to the 18th century. Passing into French administration under Napoleon and then eventually to the von Schubert family in the late 19th century, the estate is now overseen by sixth-generation family member Maximin Von Schubert, who took over from his father Carl Von Schubert in 2014.

A Riesling specialist, the property is divided into three separate, but contiguous vineyards, each with their distinct microclimate, gradients and soils: the Abtsberg, the Herrenberg, and the Bruderberg. Work in the vineyards is finely tuned with nature, with organic fertiliser and cover crops of wild herbs preferred to pesticides or herbicides. The grapes are harvested by hand in several passes to capture the right ripeness levels across the vintage. Winemaker Stefan Kraml, who has been with the estate since 2004, focuses on expressing the character of the Riesling from each plot. The cellar is situated minutes from the vineyards to ensure quick pressing after harvest to retain aromatics. Depending on vintage conditions, grapes are either de-stemmed or whole-bunch pressed and clarified through natural settling. Stefan ferments the must with wild yeasts in small stainless-steel tanks and classic large oak casks made from wood from the estate's own forests by local coopers.

The Abtsberg is 14 hectares of blue Devonian slate subsoil on a 70% gradient. It is widely considered as the most renowned of the three sites, with the best parcels classified as 'Grosse Lage'. Historically, Abtsberg's wines were destined for its namesake, the abbot ('abt' in German) of the monastery. The dry Grosses Gewächs ‘Abtsberg’ Riesling is characterised by a finely structured minerality, racy acidity and generous fruit combined with delicacy of texture. Made from parcels harvested later in the season, the Spätlese displays a relatively rounder body and ripe apricot and peach notes with noticeable but balanced sweetness. The Kabinett has a refined citrus aromatic which overlays a crisp texture with a touch of sweetness. Weingut Maximin Grünhaus produces some of the longest-lived Rieslings in the region, and while these are fantastic now, they will benefit from ageing.

The 'Monopol' Gutswein Riesling is produced from younger vines, predominantly from the red Devonian slate soils of the 19 hectare Herrenberg vineyard and supplemented by a dash of Abtsberg fruit. Fresh lemon and yellow plum aromas characterise the nose and 8.4 g/l of residual sugar is balanced by the crisp acidity, resulting in a refreshing off-dry finish. Sourced from various vineyards in the Mosel-Saar-Ruwer, the 'Maximin' Mosel Riesling has a charming lightness with notes of citrus and fresh green apple and a lively lifted finish.

The Pinot Noir from the Abtsberg is delicately powerful with a layered core of red berry notes and bright acidity complemented by clove spice from the time spent in oak.